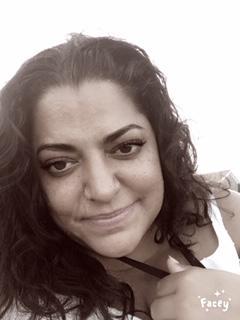 "I love children so much. I adopted a YA kid. My oldest son, who is twenty-five. I took him on. I met him when he was four at Young Achievers. That was the first year I started working at YA and we didn't have a full time nurse back then. He used to come into the office because he had chronic asthma. The nurse wasn't there, so I would aid him, I would help him with his asthma pump and everything. I started to build a relationship with him, then I built a relationship with mom and the school nurses, and I became very invested. Every time he had to go in the ambulance, I would go with him. I built a good relationship with mom, so much so that I said I wanted to take him over the weekends, help her out because she had other children. I would take him on the weekends to do things. Things seemed to be improving, but mom sort of left, or was not in the picture. I decided to keep him. He had support from other family members. I always kept in touch with him, always was involved. Around eleven or twelve, I took full guardianship of him. It wasn't easy. I love children a lot, I am fully invested in supporting kids. With him, he just wanted an opportunity. I did not save him or anything like that, but my maternal instincts kicked in and I was like I really like this kid, I love this kid! It wasn't an easy road, but it was definitely worth it. I feel so proud of him now and everything he has accomplished. He has worked hard. He has come so far. He is a successful person and he feels successful. To me that means more than anything. I am very proud of him."